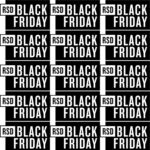 Wienerworld is proud to have the following Record Store Day UK Black Friday 2021 titles – they will be available from your local independent record shop on November 26 2021! 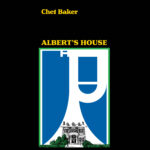 Chet Baker is highly regarded as one of jazz’s greatest trumpet players. He recorded many albums over his 35-year recording career. Recorded in in 1969, ‘Albert’s House’ features 11 instrumental compositions by Steve Allen who produced the recording session to assist Baker in restarting his career after a horrific dental injury in ‘68. The sessions features an all-star group of players with Paul Smith on keyboards, Barney Kessel on guitar, Jim Hughart on bass and Frank Capp (of Wrecking Crew fame) on drums. The album hasn’t ever been re-released for vinyl reissue. 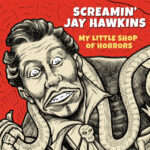 One of rock & roll’s pioneer of shock rock, the indescribable Screamin’ Jay Hawkins paved the way for music performance art and glam artists to come. His classic ‘I Put A Spell On You’, included on this set, was banned from radio in 1956 for sexual overtones. His legendary performances had him dressed in gold and leopard costumes with props including rubber snakes, a smoking skull on a stick and his signature coffin. Over his career he didn’t record many studio albums. In 1972 he released ‘A Portrait Of A Man and His Woman’. Long out of print it was re-released on CD in 2001 as ‘My Little Shop Of Horrors’ adding a recording of his signature hit, ‘I Put A Spell On You’ that included cover versions of Conway Twitty’s ‘It’s Only Make Believe’, Fats Domino’s ‘Please Don’t Leave Me’ and Jesse Belvin’s ‘Guess Who’. The 12 track CD reissue makes its vinyl debut.